skip to main | skip to sidebar

Well, it's been pretty real...

But with all the goofy page layouts, and just some bigger upgrades available in general...we've decided to set up a new chapter in the Clearydome Chronicles.

And we've even spent some money on it. (seems apropos)

So come one down and check it out. Bookmark it, if you are so inclined. In fact, you can sign up to be emailed when I get around to posting something.

The Dome is of course, not, mid century modern. Or anything modern, for that matter.

But still, this is a cool thing that's developing in the area.... 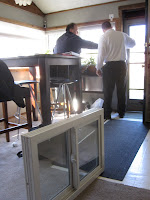 Going to replace the windows in the kitchen in the Dome per the suggestion of the energy audit, plus, too the whole thing where you could put your finger through the gaps in the window, which didn't score any awards for efficiency. The install will be in early May.
Posted by Clearydome at 10:36 AM No comments: 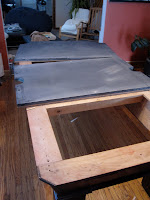 The original inspiration for the blog in the first place was the before/after photo, as the "befores" provided so much opportunity for "afters."

See if you can tell the diff on this. After lots of fun on the table, it just became too much of a nuisance when coming into the Dome, so now, see if you can spot the change in this room...

The photo sizes are dennis' fault after he had me convert to iPhoto, as the "original file can't be found." which is annoying.
Posted by Clearydome at 10:28 AM No comments:

Peeps in the dome. 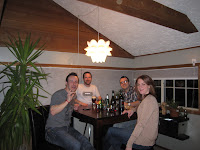 Due to the demands of the Clearydomes adoring public. This shot features Liz, Kelby, DR.John Bon Jovi (far left), Nick, and Cleary. Alas, you can not hear what Kelby is saying, as he is giving a full, in depth explanation of the different ways that his team cheats. Funny the things you hear after 7 bottles.
Posted by Clearydome at 9:44 AM No comments: 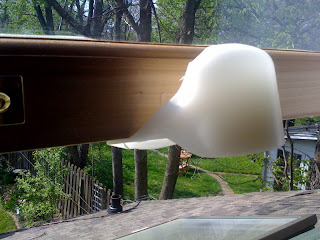 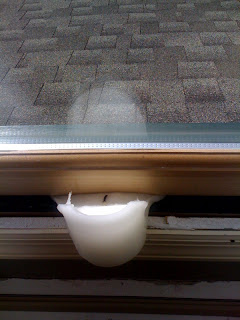 I thought that a candle would work to prop--it seems to come sliding down on its own--the upstairs bedroom window to give a draft during the day up there. Alas, it is also beat-down by the sun...and now, my window has an awesome scent to it thanks to getting coated by the mildly fragrant candle...

Posted by Clearydome at 9:42 AM No comments:

Photo for the Trail... 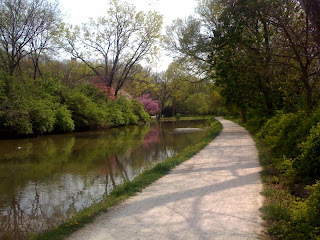 Just another shot of the canal bike way...should get greener deeper into Spring...
Posted by Clearydome at 9:41 AM No comments: 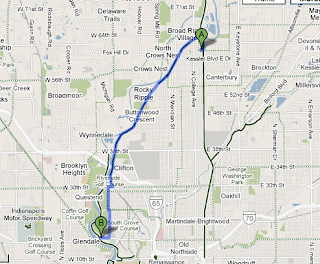 There of course is the mighty Monon, some handful of yards away from the Clearydome....but I also recently found this trail (when biking to downtown to pick the car up from the shop).

It runs from Broad Ripple to the ...as you can see...south west behind Butler (coach Stevens of recent basketball fame was even running along the path to ensure a fully Butler-experience...)and then on down behind the Indianapolis Museum of Art and then I'm not sure exactly where it ends...But it was in great shape, and was a much better way to head downtown than using just streets...
Posted by Clearydome at 6:43 PM No comments:

Hmm, here is another take on this...

Not everyone is as stoked@water barrels as the Dome is. Heads up-this has a lot of "math." IT was an interesting thing to come across as I was hunting to maybe buy another one. Maybe instead I'll check into this Raingarden thing....
Posted by Clearydome at 12:44 PM No comments: 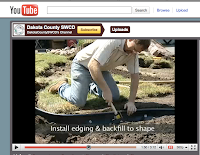 I don't picture myself doing this, but still kind of interesting.

Found out about this from the folks over at http://greenpieceindy.com/blog/

Also...I think I'll get one more barrel, as the last rain filled all four barrels up right away. Good thing to have the water on hand for the newly planted trees...there is a local resource for barrels, although I think I'll get the same kind that I already have, just to be all 'matchy' about it....

Just a quick shout out for the local CD store. The owner Rick writes reviews (say that three times fast) for the local free paper (http://www.broadripplegazette.com) so I try to support that effort by getting at least some of my music from his store... They support local music and often have small shows there as well, although I've yet to see one... 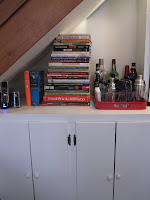 Swinging like Austin Powers would fondly approve, with the new mini-library and Don Draper Drinks Deck in the Dome.
Posted by Clearydome at 2:20 PM No comments: 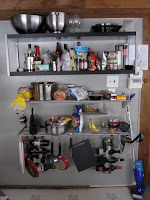 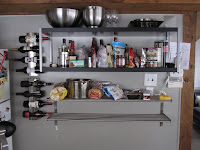 No...thats not an order to set up another pool game on the (still here...)pool table.

I moved the wine rack and then took down and then moved one of the shelves up the wall so that I could roll the dishwasher in underneath it and make a little bit more room in the kitchen...
Posted by Clearydome at 6:36 PM No comments: 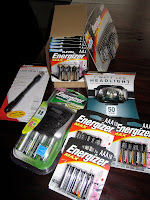 Thinking this recently arrived shipment is a Kelby K production...thanks dude!
Posted by Clearydome at 6:32 PM No comments: 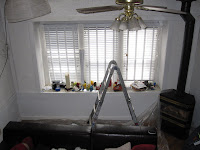 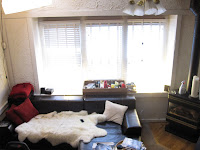 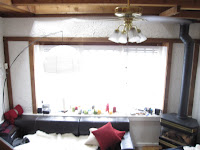 The battle with all the wood trim in the dome will never really end, but I made a little bit of progress this weekend around the bay window. Also cleaned up the candle convention some as well as pulling out the ikea lamp that was dangling over the couch. I'd set up a restraint so it wouldn't be so close to the couch (after Thor hit his head like six times in 4 hours on it), but in moving things around decided to just hang it from up top above.
Posted by Clearydome at 1:44 PM No comments: 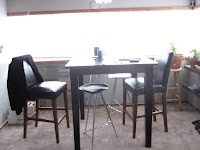 Got some new chairs for the kitchen table. Much more comfy, although I'm still a little too short for them...
Posted by Clearydome at 1:42 PM No comments: 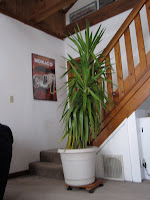 I've had it some five years, but only now do I have a name. (Thanks to Liz Lemmon, who in a recent 30 Rock tried to make out with some plants thinking that it was John Bon Jovi after hallucinating following a medical procedure) I now welcome "Bon Jovi" into the dome.

Bon Jovi, like in real life, is HUGE. Stays inside all winter, and out on the deck all summer....
Posted by Clearydome at 1:39 PM No comments:

Is it wrong to be wistful? 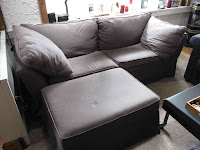 Over just a couch? Which, officially, was the first non-futon multi-person sitting device that I bought. Way back when I'd been living in Indy for all of two years and was working on this being a grown up thing, which of course is still a work in progress kind of situation.

This was, as many can attest, a very comfortable couch to nap on. And the matching ottoman was an ideal foot rest, magazine rack, and dinner table to boot. After seemingly forever (I blame the challenge of selling a couch while out of the country/state/etc. And, too, the what-was-I-thinking? strange color palate), I have finally sold this puppy, with folks having actually come over and taken it away...

I needed to sell it, as the rough math was that there was (looking for this photo to show...) about 32% of the floorspace available in the main room, as there were two full size couches in a room that is not, well, full-size. (tall ceiling, though!)

So it has found a new home, and I'll admit, that when the guys that came to pick it up said, "he wants to test it, since it'll also be his bed..." I had to feel as though it was going to be appreciated in its new home.

So the ongoing de-clutter, de-content process rolls on. Slowly.
Posted by Clearydome at 11:25 AM No comments:

The heat goes where? 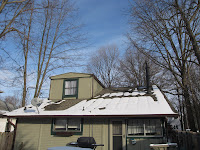 Shot from when it was a little bit snowy and cold here. Anyone want to guess where there might be a little lack of insulation?
Posted by Clearydome at 9:38 AM No comments:

Not quite there yet...

Yes, lots of things that were planned for the dome (including lots of items up for sale not yet cleared out...)for January were left un-done as the Rolex 24 absorbed the full scope of time.

Hopefully we can get some things (windows? implementing elements from the comprehensive energy audit? list is big...) done this month.

Got an email today looking for homes for the Home Tour in the Fall, which is A) a great event and B) how I came to meet Donna Sink.

Alas, the Dome just isn't quite there yet...
Posted by Clearydome at 9:33 AM No comments: 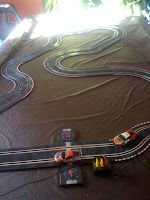 The pool table found a new purpose after I got an awesome new slot car track for x-mas...

A rare and amazing sight 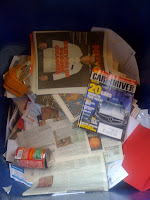 At least for those who know me.

As part of the on-going stuff-reduction program, there was recently reported to be a car magazine that was placed, having been fully read through, into the recycling. This instead of the normal filing, storing, and eventual moving locations. Amazing stuff, indeed!
Posted by Clearydome at 1:44 PM No comments: 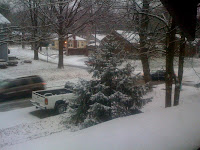 Those who picked "December 7" for the first snow, which was a bold move considering that we had a week of days in the 50's+60's only a pair of weeks ago, would be the big winners as there was a solid sprinkle of traffic-inducing coverage this am.
Posted by Clearydome at 8:27 AM No comments: 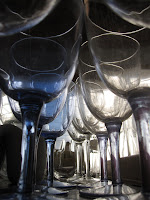 You can see here why it was compulsory in some cases to go ahead and wash all the dishes that had been in storage and not used in some time...
Posted by Clearydome at 8:16 AM No comments: